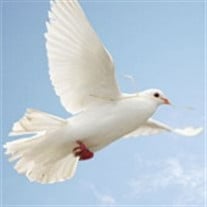 Adolf H. "Hank" Aldrich, 93, of Stroudsburg, died Friday, April 2, 2010 at home. He was the husband of the late Ada Aldrich. Born in Springfield, MA, he was the son of the late Louis Degiani and Adell Degiani Aldrich. Adolf was employed as an Artist and Architect. During the Great Depression, he worked for the WPA (Works Progress Administration). He taught and attended classes at the Art Students League of New York while living in New York City. A prolific painter and illustrator, he taught and attended several Life Drawing/ Studies Classes. Adolf participated and won awards in art shows in Massachusetts , New York City, and Pennsylvania. As a self-taught Architect, he designed several professional buildings and private residences in New York and Pennsylvania. He worked on several movie and television sets, coordinating and consulting for backgrounds, props and scenery, as well as directing, production design and working in the art departments for each production. He wrote and directed a film titled "Robin". His art work is included in private collections as well as the Smithsonian Institute, the New York Public Library, and pubs and restaurants throughout New England. He was a member of the United Scenic Artists and the Pocono Arts Council. A veteran of the United States Coast Guard, he served as a Merchant Marine from 1943 to 1945. A gentle and friendly man whose interests included the arts, politics, and a great cup of coffee, Adolf could be seen around the Stroudsburg and Tannersville areas over the past several years, frequenting his favorite coffee shops, cafes, and restaurants. He made many friends and will be remembered fondly. He is survived by a nephew, Peter Aldrich of Springfield, MA and a niece, Martha Banks of Darien, CT. In addition to his wife, he was preceded in death by a brother, Francis Aldrich and a sister Frances Aldrich. Friends are invited to celebrate his life on Saturday, April 10 from 3:00 to 5:00 p.m. at Dale's Cafe, Rt. 611 in Bartonsville. Adolf will be interred with his wife, Ada, at Indiantown Gap National Cemetery in Annville, Pa. Private cremation was entrusted to the Bolock Funeral Home, corner of Routes 940 & 390 in Paradise Valley. Memorial donations can be made to VNA Hospice of Monroe County, 502 Independence Road, East Stroudsburg, Pa. 18301.

Adolf H. "Hank" Aldrich, 93, of Stroudsburg, died Friday, April 2, 2010 at home. He was the husband of the late Ada Aldrich. Born in Springfield, MA, he was the son of the late Louis Degiani and Adell Degiani Aldrich. Adolf was employed as an... View Obituary & Service Information

The family of Adolf H. Aldrich created this Life Tributes page to make it easy to share your memories.

Send flowers to the Aldrich family.