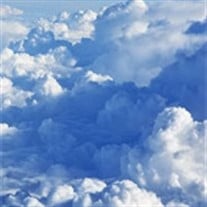 Alexander (Al) J. Carota, 80, of Harrisburg formerly of Mt. Pocono, died August 8 at the Holy Spirit Hospital in Harrisburg, Pa. He was the husband of the late Katherine M. (King) Carota. Born in Philadelphia, he was the son of the late Aurelio and Ermelinda (Indiano) Carota. He retired from the Federal Government in 1981 from the Tobyhanna Army Depot. Alexander was also employed at the Quartermaster, Department of Commerce Veteran's Administration. In addition, he was employed by the Navy Department as an apprentice Ship Fitter. A veteran of World War II, he served in the United States Navy and participated in the Normandy Invasion. He later transferred to the United States Marine Corps, from which he later retired. He was a member of the Veteran's of Foreign War, the American Legion, the Fleet Reserve Association and a plank owner of the United States Navy Memorial. He was also a member of the Knights of Columbus and St. Mary of the Mount Catholic Church in Mt. Pocono. He is survived by a son, Alexander Carota of Nashville, Tennessee; three daughters, Ellen Kirker of Harrisburg, Mary Kay Carota of El Segundo, California, Peggy Carota of Drums; three brothers, Joseph Carota of Glenolden, Eugene Carota of Ridley Park, Frank Carota of Philadelphia; a sister, Olivia Libbi of Broomall; six grandchildren, and several nieces and nephews. In addition to his wife, he was preceded in death by his sister Eileen Carota. The Reverend Father Richard Ghezzi will celebrate a Mass of Christian Burial on Friday August 11 at 10 AM at Saint Ann's Catholic Church in Tobyhanna . Interment will take place on Monday, August 14 at 10:30 AM with Military Honors at the Indiantown Gap National Cemetery in Annville. There will be a viewing on Thursday, August 10 from 4 pm to 7 pm at the Bolock Funeral Home, corner of routes 940 & 390 in Paradise Valley. In lieu of flowers, memorial contributions can be made to Monsignor McHugh Elementary School Athletic Department, Rt. 390, RR 1, Box 567, Cresco, Pa 18326.

Alexander (Al) J. Carota, 80, of Harrisburg formerly of Mt. Pocono, died August 8 at the Holy Spirit Hospital in Harrisburg, Pa. He was the husband of the late Katherine M. (King) Carota. Born in Philadelphia, he was the son of the late Aurelio... View Obituary & Service Information

The family of Alexander Carota created this Life Tributes page to make it easy to share your memories.

Send flowers to the Carota family.