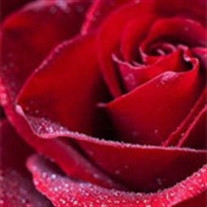 Anna J. Conley, 89, of Pocono Summit, died peacefully on Friday, July 23 at home surrounded by her loving family and friends. She was the wife of the late John P. Conley, to whom she was married for 57 years. Born in Philadelphia, she was the daughter of the late Charles and Lillian (Rodgers) Gillman. Anna worked as an operator for Bell Telephone and prior to retiring was the office manager for J. Conley & Sons Plumbing and Heating in Upper Darby. She was a Worthy Matron in the order of the Eastern Star, member of the Pocono Summit Fire Co., the Lionettes, the Crafty Quilters and was a member of Professional Business Women's Association. Anna was the first president of the Stillwater Lake Estate Ladies Club. Anna is survived by her three sons: Charles Conley and his partner Joan of Glen Mills, Paul Conley and wife Karen of Lancaster, Rodger Conley and his wife Debra of Rose Tree; one daughter: Lillian Cunha of Hamilton Square, NJ; ten grandchildren: Jim Conley of Drexel Hill, Rich Conley of Drexel Hill, Beau Conley of Clifton Heights, Drew Conley and his wife Michelle of Broomall, Vicky Conley and her husband Bill Hickey of Millersville, Amanda, Paige and Brett Conley of Rose Tree, Michael and Julie Cunha of Hamilton Square, NJ; five great grandchildren: Marissa and Andrew Conley of Broomall, Kaitlyn Conley of Drexel Hill and Benjamin and Joseph Hickey of Millersville. Anna is also survived by her daughters-in-law: Kathleen of Drexel Hill and Karen of Quarryville. There will be a viewing on Thursday, July 29 from 6:30 pm to 8:30 pm at the Bolock Funeral Home, corner of routes 940 & 390 in Paradise Valley with the Pocono Summit Fire Co. conducting a service at 8:15 pm. Reverend Doctor Larry V. Smoose will conduct a funeral service on Friday, July 30 at 9:00 am at the Reformation Lutheran Church, 102 West Rose Tree Road in Media. There will be a viewing from 8:30 am until the time of service at the church. Interment will follow in St. Denis Cemetery, 2401 St. Denis Lane in Havertown. In lieu of flowers, memorial donations can be made to the Pocono Summit Fire Co., P.O. Box 400, Pocono Summit, PA 18346.

Anna J. Conley, 89, of Pocono Summit, died peacefully on Friday, July 23 at home surrounded by her loving family and friends. She was the wife of the late John P. Conley, to whom she was married for 57 years. Born in Philadelphia, she was the... View Obituary & Service Information

The family of Anna Conley created this Life Tributes page to make it easy to share your memories.

Send flowers to the Conley family.