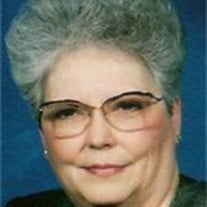 Bertha C. Farris, 71, of Clarks Summit and formerly of Fayetteville, NC, passed away on Thursday morning, August 28 at the VNA Hospice House of Monroe County in East Stroudsburg, PA. She was the loving wife of the late John R. Farris, who passed away on February 26, 2007. They were married nearly 49 years. She and her husband moved to Cresco, PA in November 2004. Born in Havaco, West Virginia, she was the daughter of the late Sidney and Carrie (Reynolds) Shatley. She graduated from Gary High School in West Virginia, and held a degree in early childhood education. Bertha was Director of KinderCare Early Learning Center in Fayetteville, NC for 23 years before retiring. She was known as "Miss Bertha" to preschool children for over 35 years. She was a member of the Cape Fear Church of Christ and the NCO (Non-Commissioned Officers Wives) Club in Fayetteville. She was also a member of the American Diabetes Association, and the American Parkinson's Foundation. Bertha is survived by three daughters, Jill Skae and her husband David of Mountainhome, PA, Joan Tillison and her husband Michael of Colorado Springs, CO, Robin Caldwell and her husband Richard of Fayetteville, NC; six brothers, Curtis Shatley of Morrow, GA, Pete and Robert Shatley of Abingdon, VA, Karl Dean Shatley of Hope Mills, NC, Maurice Shatley of Fayetteville, NC, Daniel Shatley of Odenton, MD; three sisters, Helen Fields and Susie Gail Mercer of Abingdon, VA, Judy Combs of Carlsbad, NM; eight grandchildren, Kristi Skae, Jeannine Christine and her husband Andy, David John Skae and his wife Jennifer, Jonathan Skae, Curtis John Tillison, Krista Tillison, Callie and Chelsea Caldwell; and one great-grandchild, Dylan Skae. She was preceded in death by two brothers, Sidney Shatley, Jr. and Cecil Shatley, and one sister, Gladys Halpain. A Memorial Service will be held at 12:00 noon on Saturday, October 4, 2008 at the Bolock Funeral Home, corner of Routes 940 & 390 in Paradise Valley. There will be a visitation from 11:30 a.m. until the time of service. Cremation was entrusted to the Bolock Funeral Home Crematory. In lieu of flowers, memorial donations may be made to the American Diabetes Association, Memorial & Honor Program, 65 Elizabeth Avenue, Suite 502, Bethlehem, Pa. 18018 or the VNA Hospice of Monroe County, 502 Independence Road, East Stroudsburg, Pa. 18301

Bertha C. Farris, 71, of Clarks Summit and formerly of Fayetteville, NC, passed away on Thursday morning, August 28 at the VNA Hospice House of Monroe County in East Stroudsburg, PA. She was the loving wife of the late John R. Farris, who passed... View Obituary & Service Information

The family of Bertha Farris created this Life Tributes page to make it easy to share your memories.

Bertha C. Farris, 71, of Clarks Summit and formerly of Fayetteville,...

Send flowers to the Farris family.