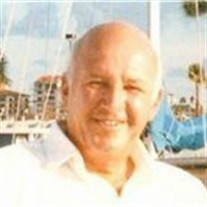 Charles "Chick" Daniels, Sr., 74 of Swiftwater, died unexpectedly on Monday, October 31, at Pocono Medical Center. Born and raised in Scranton, he was the son of the late Charles and Violet (Buckingham) Daniels. He received his teaching degree from East Stroudsburg State College to fulfill his dream of becoming a physical education teacher and basketball coach. He coached many high school teams into championships seasons including Hackettstown, West Pittston and East Stroudsburg. He founded a successful boy's summer basketball camp called Top-O-The Poconos, located at the present day High Acres Park in Canadensis. The camp eventually grew into the popular Daniels' Top-O-The Poconos Resort, which he operated with his former wife, Patricia Daniels for over fifteen years. In his retirement years, he acquired and revitalized the Chestnut Grove Resort in Swiftwater. A veteran of the U.S. Air Force, Chick served during the Korean War. He was a former chairperson of the small resorts committee of the Pocono Mountains Vacation Bureau and a past president of the Barrett Business Association. He was also a member of the American Legion Post #922 in Canadensis, the Order of the Moose Lodge in Islamorada, Florida, and the Order of the Elks in Port Orange, Florida. Chick enjoyed golf, tennis and "motoring" to Florida during the winter months. He will be dearly missed by his family. He is survived by his companion, Reba Cushing of Swiftwater; three sons, Chuck Daniels of Canadensis, Matthew Daniels of Canadensis, Robert Daniels of Swiftwater; a daughter, Susan Roberti of Bethel, Maine; sister-in-law, Mary Helen Daniels of West Virginia; and eight grandchildren, Matt, Jenny, Max, Bailey, Robbie, and Brodie Daniels, all of Canadensis, and Katie and Thomas Roberti, both of Bethel, Maine. He was preceded in death by a brother, Robert Daniels. The Reverend George Alt will conduct a Memorial Service on Thursday, November 3 at 2:00 p.m. at the Bolock Funeral Home, Routes 940 & 390 in Paradise Valley. Friends and relatives may visit from 12:00 until the time of service at the funeral home. In lieu of flowers, memorial donations may be made to the National Kidney Foundation, 30 East 33rd St., Suite 1100, NY, NY 10016 or on-line at www.kidney.org

Charles "Chick" Daniels, Sr., 74 of Swiftwater, died unexpectedly on Monday, October 31, at Pocono Medical Center. Born and raised in Scranton, he was the son of the late Charles and Violet (Buckingham) Daniels. He received his teaching degree... View Obituary & Service Information

The family of Charles Daniels created this Life Tributes page to make it easy to share your memories.

Send flowers to the Daniels family.