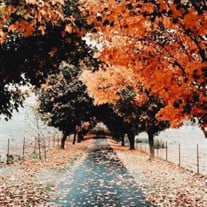 Charles T. Geary Jr., 66, of Pocono Lake, died Sunday, October 31, 2021 at Whitestone Care Center in Stroudsburg. Born in Passaic, New Jersey, he was a son of the late Charles T. Sr. and Mary H. (Schrammel) Geary. Charles grew up in Clifton, New Jersey. He obtained his Associate Degree from County College of Morris and his Bachelor's Degree from Newark College of Engineering. During his working career, Charles was a Manufacturing Engineer in New Jersey, and worked for Eastern Gear for 18 years, Alliant Tech Systems, Stramen Valve, and finally Crispin Valve in Berwick. After many years of weekending in the Poconos, he eventually made it his permanent residence. Charles spent the last eight years taking care of his mother until her passing in 2019. He was a member of the Arrowhead Seniors, and enjoyed the pool and beaches in Arrowhead Lakes. In his spare time, Charles enjoyed snowmobiling, skiing, and following NASCAR. He is survived by two nephews: Michael and Christopher; two uncles: Joe and Lee; many cousins, and friends who became family throughout the years. In addition to his parents, Charles was preceded in death by his brother, Thomas Geary. There will be a visitation from 11 a.m. to noon Thursday, November 4 at Bolock Funeral Home, 6148 Paradise Valley Road, Cresco. In lieu of flowers, please consider a donation to the charity of your choice. Private cremation has been entrusted to Bolock Funeral Home Crematory.

The family of Charles T. Geary Jr. created this Life Tributes page to make it easy to share your memories.

Send flowers to the Geary family.