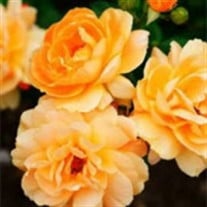 Charles N. Matthews, Sr., 81, of Mount Pocono, died unexpectedly on Friday, February 29 at his home. He was the husband of Evelyn (Cottell) Matthews who died in 1999. Born in Scranton, he was the son of the late Joseph and Mary (Cook) Matthews. Charles graduated from Scranton Technical High School and served in the U.S. Army during World War II. After coming home from serving, he worked at the Tobyhanna Army Depot, from where he retired in 1990. He also co-owned the Little Brown Jug Bar and Restaurant in Mt. Pocono with his wife for 20 years. Charles was a member of the American Legion Post 922 in Canadensis and of the Mt. Pocono United Methodist Church. He is survived by three sons: Charles Matthews and his wife Jane of East Stroudsburg, Mark Matthews of Mt. Pocono, and Jeff Matthews and his wife Mary Jane of Dayton, Ohio; three daughters: Mary Ellen Berghauser and her husband William of Orange Park, Fl., Lynn Salak and her husband Buddy of Mocksville, N.C., Judith Trombetta and her husband James of Tobyhanna; one brother: Richard Matthews of Dupont; five grandchildren: Tracey Jacobi of Effort, Gary and Lori Hartford of Scranton, Kristen Herbst of East Stroudsburg, and JaimyLee Matthews of Canadensis; six great grandchildren: Jason, Nathan and Brooke Jacobi, Alex, Brayden and Zachary Herbst. In addition to his wife, Charles was preceded in death by a son James and three siblings. There will be a viewing from 2:00 pm to 4:00 pm and 7:00 pm to 8:30 pm on Monday, March 3 at the Bolock Funeral Home, corner of Routes 940 and 390, Paradise Valley. The Reverend John Cordes will conduct a funeral service on Tuesday, March 4 at 11:00 am at the funeral home. Interment will follow at Fairview Memorial Park, Elmhurst. Memorial donations can be made to the American Lung Association, Room 120, 2300 Adams Ave., Scranton, PA 18509.

Charles N. Matthews, Sr., 81, of Mount Pocono, died unexpectedly on Friday, February 29 at his home. He was the husband of Evelyn (Cottell) Matthews who died in 1999. Born in Scranton, he was the son of the late Joseph and Mary (Cook) Matthews.... View Obituary & Service Information

The family of Charles Matthews created this Life Tributes page to make it easy to share your memories.

Send flowers to the Matthews family.