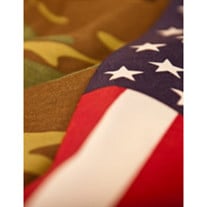 Clarence W. "Clancy" Dennis, 82, of Tobyhanna, a long-time educator in the Pocono Mountain School District, passed away peacefully on Sunday, September 6, 2020. He was a son of the late William D. and Hannah T. Dennis of Plymouth. Clarence graduated from Plymouth high school and earned bachelor's and master's degrees from Wilkes College and Scranton University. Clarence served 4 years in the United States Marine Corps. He then accepted a position as a teacher in the former Coolbaugh Township High School and then became one of the original faculty members of the Pocono Mountain Joint High School when it opened in 1961. He taught many courses in the high school and had also served as chair of the high school's social studies department. After retiring from teaching, Clarence served as District Justice in Monroe County. He also served as chair of the Monroe County Planning Commission, as a Coolbaugh Township supervisor, and as a Pennsylvania Deputy Game Protector. Clarence was proud of his work record. He worked hard and played even harder. He loved the outdoors, hunting game, fishing for big fish well into his later years. He loved growing a garden working his small farm just for the sole purpose of making the land better than when he arrived. Clarence was the last remaining Charter member of the Tobyhanna Conservation Association formed in 1966. Clarence loved and cared for many people, including, his companion, Mary Jeanne Kovich. He is survived by his three sons: Michael Dennis and wife, Lori; Thomas Dennis and wife, Michelle; and Patrick Dennis and wife, Nina; as well as a host of step-children, grandchildren, and great-grandchildren. Clarence also will be missed by a many former students whose minds his teaching influenced in countless ways. He was preceded in death by his wife, Anne Butwin Dennis (mother of his children); wife, Patricia Dennis; and his son, David Dennis. A memorial service will be held at a future date; private cremation has been entrusted to Bolock Funeral Home Crematory. In lieu of flowers, memorial donations may be made to the Tobyhanna Conservation Association, 2040 Lakeside Drive, Tobyhanna, Pa 18466.

Clarence W. "Clancy" Dennis, 82, of Tobyhanna, a long-time educator in the Pocono Mountain School District, passed away peacefully on Sunday, September 6, 2020. He was a son of the late William D. and Hannah T. Dennis of Plymouth. Clarence... View Obituary & Service Information

The family of Clarence W. Dennis created this Life Tributes page to make it easy to share your memories.

Send flowers to the Dennis family.