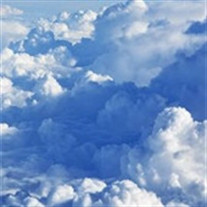 Clifford Ryerson, 90, most recently of Tannersville and Newfoundland, died May 4, 2009. Born in Irvington, New Jersey, he was the son of the late George and Abigail (Hoppler) Ryerson. In 1936, Clifford joined the Navy at the age of 17 and was stationed in Hawaii. He served on the USS Tern (AM-31) when the Japanese bombed Pearl Harbor. His ship was one of many that are still shown in historical film footage to commemorate December 7. During the war, he briefly returned home to marry his New Jersey sweetheart, Marion Marie Rust of Teaneck. He continued his service in the Navy moving his wife and family when possible from post to post. This included ship duty during the Korean Conflict, working on the Defense Early Warning System and as part of the United States Alaskan Research Project for the International Geophysical Year. Stationed again in Hawaii, he retired from the Navy after 22 years of service. He returned to New Jersey to join the U.S. Post Office team in Camden and transferred to the Lehigh Valley Terminal. Residing in Swiftwater area, he filled his weekends with canoeing, biking, and hiking with his faithful dog, his family, and fellow club members from the Hunderdon County Cane Club and the Lehigh Valley Canoe Club and Lehigh Valley Hiking Club. Winters were spent skiing both downhill on the Pocono slopes or cross country though Pocono woods and fields. Vacations were spent at more distant places doing more of the same. His favorite destinations were the rivers, lakes and mountains of the Appalachians from Maine to North Carolina and Tennessee. He was active even after his second retirement. He traveled with his son to Hawaii for the 60th anniversary of the bombing of Pearl Harbor. He continued his favorite past times into his 80's, particularly loving the special "old age" rates of the Pocono ski slopes. His last canoe trip was on the Tobyhanna Lake at 86 years of age. After his wife, Marion, died in 2002, he spent half of each year residing with his son in Tannersville and his daughter in Newfoundland. His walks were shorter and his puzzles smaller. Mild Alzheimer's claimed some of his memory, but he fought it fiercely. He was a determined man who instilled values of thrift and dependability. He is survived by a son, Glenn Ryerson of Tannersville; a daughter, Kathy Ballantine of Newfoundland; one grandchild, Heather Ballantine Luciani and one great grandchild, Isabella Luciani, both of Dunmore. He was preceded in death by a sister, Dorothy Ryerson and a brother, Irvington Ryerson. The Reverend Wayne Pratt will conduct a funeral service at 10:00 a.m. on Tuesday, May 12 at the Bolock Funeral Home, corner of Routes 940 & 390 in Paradise Valley. Visitation will be from 9:30 a.m. until the time of service. Cremation was entrusted to the Bolock Funeral Home Crematory.

Clifford Ryerson, 90, most recently of Tannersville and Newfoundland, died May 4, 2009. Born in Irvington, New Jersey, he was the son of the late George and Abigail (Hoppler) Ryerson. In 1936, Clifford joined the Navy at the age of 17 and was... View Obituary & Service Information

The family of Clifford Ryerson created this Life Tributes page to make it easy to share your memories.

Clifford Ryerson, 90, most recently of Tannersville and Newfoundland,...

Send flowers to the Ryerson family.