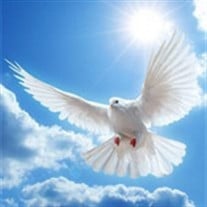 Daniel J. Mollica, Sr., 76, of Mt. Pocono, died Thursday, March 6 at Pocono Medical Center in East Stroudsburg, Pa. He was the husband of Cecelia (Melillo) Mollica. Born in Brooklyn, New York, he was the son of John and Anna (Monturi) Mollica. Daniel was employed as a Long Shoreman until his retirement. He had been a resident of Mt. Pocono for the past 20 years. A United States Army veteran, Daniel served during the Korean Conflict. In addition to his wife, Cecilia, he is survived by two sons, John and Gerard Mollica, both of Mt. Pocono; two daughters, Dawn Regina and her husband Tom of Staten Island, NY, Laurie Hanzimanolis and her husband Tom of Mt. Pocono; daughter-in-law, Daisey Sippel of Tobyhanna; two brothers, William Mollica of Long Beach Island, NJ, James Mollica of Williamstown, NJ; and ten grandchildren, John, Joseph, Gabrielle, Allison, and Daniel Mollica, Danielle and Taylor Regina, Dimitri, Nicholas, and Alexa Hanzimanolis. He was preceded in death by a son, Daniel Jr., who passed away on December 29, 2007. The Reverend Father Joseph Kopacz will celebrate a Mass of Christian Burial at 10:30 a.m. on Tuesday, March 11 at St. Mary of the Mount Church, Fairview Avenue, Mt. Pocono. Interment will follow at Prospect Cemetery in East Stroudsburg, Pa. There will be viewings at the Bolock Funeral Home, corner of Routes 940 & 390 in Paradise Valley on Sunday, March 9 from 2:00 to 5:00 p.m. and Monday, March 10 from 2:00 to 4:00 p.m. and 7:00 to 8:30 p.m. Memorial donations may be made to the family.

The family of Daniel Mollica created this Life Tributes page to make it easy to share your memories.

Send flowers to the Mollica family.