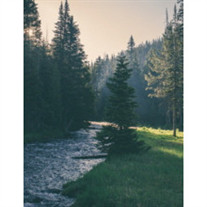 Dr. Richard Martin Gesser, 67, of Pocono Manor, died Saturday, February 27, 2021 in the home he loved. He was the affectionate husband of Candace Chacona, with whom he shared 35 years of marriage. Born in Flushing, Queens, New York, he was the son of the late Leo and Rosalind (Ertel) Gesser. Richard graduated Summa Cum Laude from the University of Massachusetts ('82) and attended Cornell University Medical School in New York, where he earned his Doctorate ('86). Throughout his academic career he was awarded numerous honors including: Phi Kappa Phi, Alpha Omega Alpha, Teagle Scholar at Cornell University Medical College, Mitchell Spivak Memorial Prize in Pediatrics, and NIH Physician Scientist Award. He completed his residency and a fellowship in infectious diseases at the Children's Hospital of Philadelphia, as well as post-doctoral research at The Wistar Institute. From 1997-2010 he worked at Merck Research Laboratories until joining Sanofi Pasteur in Swiftwater in 2010. Richard loved the Pocono Mountains and following his retirement he spent every moment enjoying the woods and views around his home. He was an avid mushroom forager, fisherman and loved long walks around Pocono Manor. He also enjoyed music and travel, especially to the Northern California wine country. In addition to his wife, Candace, he is survived by his adored daughters: Amelia Gesser and husband, Steven Chea of New York, New York; and Chelsey Miller of Hampton, Virginia; brother, Michael Gesser of Fairbanks, Alaska; and sister, Karen Tuvia of Miami, Florida; as well as many other beloved extended family members and friends. In addition to his parents, Richard was preceded in death by his sister, Debra. There will be no services at this time. A memorial gathering will be held at a later date. Memorial donations may be made through https://nbtsevents.braintumor.org/richardgesser. Private cremation has been entrusted to Bolock Funeral Home crematory.

Dr. Richard Martin Gesser, 67, of Pocono Manor, died Saturday, February 27, 2021 in the home he loved. He was the affectionate husband of Candace Chacona, with whom he shared 35 years of marriage. Born in Flushing, Queens, New York, he was... View Obituary & Service Information

The family of Dr. Richard Martin Gesser created this Life Tributes page to make it easy to share your memories.

Send flowers to the Gesser family.