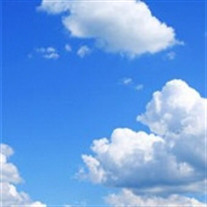 Harry E. Costanzo, 68, of Cresco, died Friday, September 28, 2007 at the Monroe County VNA Hospice in East Stroudsburg. Born in Tobyhanna Township on December 18, 1938, he was the son of Rosario and Dorothy (Drum) Costanzo. He attended Tobyhanna Township High School. He was a member of the United States Army who served his country as a sharpshooter stationed in West Germany. He was a member of F&AM Lodge #780 and Irem Shrine and a life member of the American Legion Post #922, of which he held much passion and respect. Harry loved hunting, fishing and the outdoors. He had a passion for cooking and volunteered that service at the American Legion #922 in Canadensis for 40 years. He will be sadly missed by all who loved and knew him. He is survived by his life partner, Furn Clark of Cresco; four sons, Daniel and his wife Jayne of Cresco, Dean and his wife, Marta of Cresco, Eric of Pocono Summit, David Corliss and his wife Karen of Cresco; two daughters, Desiree Casares of Mt. Pocono, Dorothy Matula and her husband, Bruce of Mt. Pocono; his first wife and friend, Angela Costanzo of Cresco; five brothers, Willard, Charles, Neil, Robert, Jeff; two sisters, Mabel and Carol; eight grandchildren; and many nieces and nephews. He was preceded in death by his second wife, Kathryn (Christina) Costanzo, his step-mother, Doris Constanzo, a sister, Elida (Costanzo) Murphy and a brother, Vincent Costanzo. There will be a viewing on Wednesday, October 3 from 6:00 to 8:30 p.m. at the Bolock Funeral Home, corner of routes 940 & 390 in Paradise Valley. A Masonic service will take place at 7:00 p.m. and an American Legion service will take place at 8:00 p.m. Graveside services will be held at 2:00 p.m. on Thursday, October 4 at Keokee Chapel Cemetery with military honors. In lieu of flowers, memorial donations may be made to Furn Clark, c/o Penn Star Bank, PO Box 87, Mountainhome, Pa. 18342

Harry E. Costanzo, 68, of Cresco, died Friday, September 28, 2007 at the Monroe County VNA Hospice in East Stroudsburg. Born in Tobyhanna Township on December 18, 1938, he was the son of Rosario and Dorothy (Drum) Costanzo. He attended Tobyhanna... View Obituary & Service Information

The family of Harry Costanzo created this Life Tributes page to make it easy to share your memories.

Send flowers to the Costanzo family.