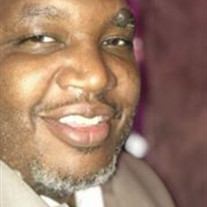 Hassan R. Duncombe, 52, of East Stroudsburg, died Tuesday, November 30, 2021 at Lehigh Valley Hospital - Pocono in East Stroudsburg. He was the loving husband of Karen (Francois) Duncombe, with whom he shared 15 years of marriage. Born in Brooklyn, New York, he was a son of the late Herbert and Victoria (Chestnut) Duncombe. Hassan, also known as "House" on the basketball courts, was first introduced to the game of basketball by his father. Both their favorite team, the Knicks forever. He would play with some of the best in Broncos, West 4th St., and Rucker Leagues: Anthony Mason, Rod Strickland, and Jason Williams to name a few. Hassan was an All-American basketball player in high school and was sought by many colleges around the country. Due to both his academic ability and physical skills, he would ultimately attend the Ivy League's University of Pennsylvania. There he continued to dominate the courts. Because of his basketball skills, he was recognized in media, newspapers, starred in commercials, tried out for several NBA teams and would play overseas in Puerto Rico. Upon return from his stint in PR, Hassan went on to coach basketball for the City University of New York's Kingsborough Community College, and also served the campus community as a Peace Officer. In February 2016, Hassan and his family relocated to East Stroudsburg. Devoted to God, Hassan became a member of Community Church in Tobyhanna. Hassan had a charisma about him that drew all people to him. He was witty, funny, a jokester, an intellectual, supportive of family and friends, a gentle giant who wore his heart on his sleeve. Boys and girls alike wanted to be like him on the courts in and in the classroom. However, with all he had accomplished, Hassan's greatest accomplishment was being a man of God, a husband, father, son, grandson, brother "Bubba", nephew, cousin, friend, mentor and coach. In addition to his wife, he is survived by his son, Dajour Duncombe of Brooklyn, New York; daughters: Gabrielle and Giselle Duncombe both of East Stroudsburg; foster son, Devin Beers; brother, Kareem Duncombe; sisters: Taji Duncombe and Kenya Daniels, (LeTroy Daniels, brother-in-law); grandmother, Myrtis Duncombe; aunts: Luetta Payne, Cynthia Brooks, Thomasa Frelow, and Leah Dawn Walker; nephews: Fabien, Michael, LeTroy Jr., Tre, and Lance: niece, Deja; great-niece, Sonai, all of Brooklyn, New York; and a host of cousins and friends. Hassan was truly loved and will be missed by all. There will be a visitation from 1 to 2 p.m. on Sunday, December 5 at Bolock Funeral Home, 6148 Paradise Valley Road, Cresco. Pastor Deidre Castle will conduct a memorial service at 2 p.m. at the funeral home. In lieu of flowers, memorial donations may be made in support of the family by visiting https://www.tmcfunding.com/funds/hassan-r-duncombe/6219/ Private cremation has been entrusted to Bolock Funeral Home and Crematory.

Hassan R. Duncombe, 52, of East Stroudsburg, died Tuesday, November 30, 2021 at Lehigh Valley Hospital - Pocono in East Stroudsburg. He was the loving husband of Karen (Francois) Duncombe, with whom he shared 15 years of marriage. Born in Brooklyn,... View Obituary & Service Information

The family of Hassan R. Duncombe created this Life Tributes page to make it easy to share your memories.

Send flowers to the Duncombe family.