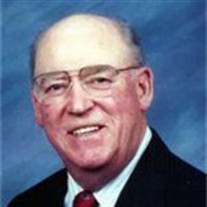 Homer Jones, 80, of Pocono Summit, died Wednesday, June 22 at home. He was the husband of Cecelia (Ravina) Jones, to whom he was married for 53 years. Born in Taylor, he was the son of the late Benjamin H. and Phoebe (Jones) Jones, and graduated from Taylor High School. He retired in 1976 as a Detective Sergeant of the PA State Police after 30 years. A US Navy veteran, he served as Gunner's Mate 2nd Class in both the Atlantic and Pacific Theaters during World War II. He was a member of the Mt. Pocono United Methodist Church where he was active on several committees and a member of the church choir for over thirty-five years. He was an appointed member of the Board of View for the Court of Common Pleas, Monroe County, PA 43rd Judicial District since 1991 and served on the Board of Directors of the Northeast Penn AAA Motor Club in Scranton. He became a Master Mason at the Acacia Lodge #579 in Taylor on June 4, 1954 and transferred his dual membership to the Pocono Lodge #780 in Cresco on June 7, 1956, where he received Mason of the Year in 1994. He was elected Junior Warden in 1981, Senior Warden in 1982, Worshipful Master 1983, and Chaplain and Representative in the Grand Lodge in 1994. Homer was past District Deputy Grand Master from 1986 to 1995 and Aide to the Grand Master from 1996 to 1997. He was also a member of the Monroe Royal Arch Chapter #281 in Stroudsburg, Bethlehem Council #36, R.&S.M. in Bethlehem, a Knight Templar, Samuel S. Yohe Commandery #81, K.T. in Stroudsburg, Keystone Council, P. of J. and Rose Croix in Scranton, the Keystone Consistory S.P.R.S. 32, Knights of the Red Cross of Constantine Orient Conclave in Bloomsburg and many other allied organizations. In addition to his wife, Cecelia, he is survived by two daughters, Linda Dooley and her husband Frank, of Damascus, Carolyn Gregorski and her husband Paul, of Lake Ariel; one brother, Robert Jones and his wife Marie of Scranton; five grandchildren, Megan Fuller, Jillian Pruitt, Lauren Hargraves, Corinne Dooley, Paul Gregorski II; and three great-grandchildren. The Reverend John Charnock will conduct a funeral service at 10:00 a.m. on Monday, June 27 at the Mt. Pocono United Methodist Church. Interment will follow at Keokee Chapel Cemetery in Paradise Valley. There will be a viewing on Sunday, June 26 from 2:00 to 4:00 and 7:00 to 8:30 p.m. at the Bolock Funeral Home, corner of routes 940 & 390 in Paradise Valley, with a Masonic Service at 8 P.M. Memorial donations may be made to the Mt. Pocono United Methodist Church, Rt. 611 and Pocono Boulevard, Mt. Pocono, Pa. 18344

Homer Jones, 80, of Pocono Summit, died Wednesday, June 22 at home. He was the husband of Cecelia (Ravina) Jones, to whom he was married for 53 years. Born in Taylor, he was the son of the late Benjamin H. and Phoebe (Jones) Jones, and graduated... View Obituary & Service Information

The family of Homer Jones created this Life Tributes page to make it easy to share your memories.

Send flowers to the Jones family.