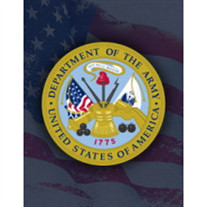 James "Jim" C. Brennan, 80, of Lake Naomi, died peacefully on April 3 2021 at 10:20 a.m. surrounded by his immediate family. He is survived by his loving wife Margaret (Davis) Brennan, with whom he shared 52 years of marriage. Born in Brooklyn, New York, he was a son of the late John and Mary "Una" (Priest) Brennan. A proud veteran of the United States Army, Jim enlisted at the age of 17, and was stationed in Korea near the DMZ. He later worked as a Sanitation Engineer in Brooklyn prior to making his home in Lake Naomi. Jim was a member of the American Legion Post 413 in Pocono Pines. He loved his family and his presence will be missed by all. In addition to his wife, he is survived by his son, Keith James Brennan and his wife, Darcy, of Stafford, Virginia; daughter, Kristina Brennan-Pickard and her husband, Mark, of St. Moritz, Switzerland; brothers: Vincent Brennan and his wife, Kristine, of Punta Gorda, Florida; Frank Brennan and his wife, Barbara, of Reading; sisters: Kathleen O'Hara and her husband, Charlie, of Hartford, Connecticut; Eileen Pollock of Port St. Lucie, Florida; Margaret Murray and her husband, Robert, of Brewster, New York; his adoring grandchildren: Kellylynn and Brady Brennan; and numerous nieces and nephews whom he loved. He was preceded in death by his beloved daughter, Kelly Lynn Brennan, and his brothers: Jack, Peter, Danny and William Brennan. There will be a viewing from 3 to 6 p.m. Tuesday, April 6 at the Bolock Funeral Home, 6148 Paradise Valley Road, Cresco. Reverend Father Sean Carpenter will celebrate a Mass of Christian Burial at 11 a.m. Wednesday, April 7 at St. Maximilian Kolbe Parish, 5112 Pocono Crest Road, Pocono Pines. There will be a viewing from 10:15 a.m. until the time of Mass at the church. Interment with Military Honors will follow at Pocono Lake Cemetery.

James "Jim" C. Brennan, 80, of Lake Naomi, died peacefully on April 3 2021 at 10:20 a.m. surrounded by his immediate family. He is survived by his loving wife Margaret (Davis) Brennan, with whom he shared 52 years of marriage. Born in Brooklyn,... View Obituary & Service Information

The family of James C. Brennan created this Life Tributes page to make it easy to share your memories.

Send flowers to the Brennan family.