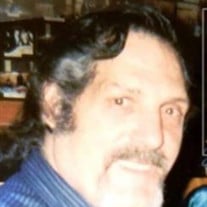 Jerry Warren Payne, passed Saturday, August 21, 2021 at the age of 76. He was the adoring husband of his late wife, Helen Jon Payne, whom he spent the last 55 years loving unconditionally. They called Canadensis home for the last 35 years. He missed her dearly since her passing and they are now reunited. Born in Charleston, West Virginia, he was the son of the late Leoma Payne and Henry Allen, and brother to the late Ralph Carancio. When he was not busy cheating at board games or handing out 50 cent coins to his grand and great-grandchildren, he was an avid enthusiast of all things automotive and motorcycle related. He owned and operated multiple businesses, repairing and towing vehicles. He had a great memory and loved to recall and tell stories of his past. His days were filled with the laughter of those closest to him and those people he just met, due to his silly, charismatic, child-at-heart, personality. His best friends - Bob, Eric, and Bobby - were part of his family. He treated everyone as if they were family and believed a strong family bond was one of the most important things in life. In his younger years, he was an active motorcycle enthusiast and a member of Two Roads Motorcycle Club. He is survived by six incredible children and their spouses: Sherry and her husband, Gussy; Jerromy and his wife, August; Jerrod and his wife, Gina; Jerromiah and his wife, Malika; Christopher and his wife, Alyssa; and Jon and his wife, Erin. On his 41st birthday, December 6th,1985, he received the greatest birthday gift of all time, as he said, the birth of his first grandchild, Holly. He is also the honored grandfather to her husband, his favorite grandson-in-law, Christopher. Additionally, he is survived by 11 other grandchildren whom he cherished dearly: Nickolas and his wife, Nicole; Samantha, Maria, Louie, Megan, Jerrod, Jeremy, Kylie, Jonathan, and his youngest granddaughter, Alexandria whom he waited patiently to snuggle snootsies with before his passing. Jerry also considered himself lucky to have spent the last 11 years of his life loving four great-grandchildren: Autumn, Adelyn, Skylar, and Declan. There will be a celebration of his life from 2 to 6 p.m. at Pavilion 3 on Saturday, August 28, 2021 at High Acres Park, Route 447, Canadensis. Correspondence to the family may be mailed to: PO Box 327, Swiftwater, Pa, 18370.

Jerry Warren Payne, passed Saturday, August 21, 2021 at the age of 76. He was the adoring husband of his late wife, Helen Jon Payne, whom he spent the last 55 years loving unconditionally. They called Canadensis home for the last 35 years. He... View Obituary & Service Information

The family of Jerry Warren Payne created this Life Tributes page to make it easy to share your memories.

Send flowers to the Payne family.