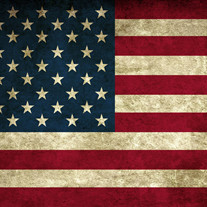 John C. Mercer, Jr., 81, of Pocono Summit, formerly of Havertown, Pa entered into eternal rest April 28, 2022. Born in West Chester he was the son of the late John C. and Miram M. Mercer. John was the beloved husband of Joan (Bowers) Mercer with whom he shared 57 years of marriage. He attended Haverford High School. After graduation John served his country honorably in the US Navy where he did a tour on the USS Intrepid. John was a full-time driver for the Haverford Township School District from which he retired. While in Havertown he was an actor at the community theater working with the Swarthmore Players Club. After moving to the Poconos, he was a member of the Our Lady of the Lake Church, now St. Maximilan Kolbe in Pocono Pines. He sang in the music ministry and actively volunteered during vacation bible school. He was a member of the Knights of Columbus Council 13752 as well as Assembly 981 as a 4th Degree Knight. He held several officer positions in both. He also was active with the Tobyhanna Train Station as well as the local Historical Society. John had a lifelong love for music; singing, playing the trumpet and piano. Survivors: In addition to his wife, Joan, John will be lovingly remembered by his sons, John C. Mercer, III and Scott K. Mercer and his companion, Jeanette; daughters, Lisa A. Glinane and her husband Steve; grandchildren, Deb Mercer, John Mercer, IV., Branden Mercer, Mathew Smith and his wife Krissy and Richie Farrell and great grandchildren, Joshua Zdichowski, Alana Smith and Timothy Smith. Services: A Mass of Christian Burial will take place at 11:00A.M. on Wednesday, May 4, 2022 at St. Maximilian Kolbe Catholic Church, 5112 Pocono Crest Rd , Pocono Pines, Pa 18350 where the family will receive friends and relatives from 10:00A.M. until the time of service. Interment will be private at Valley Forge Memorial Gardens of King of Prussia.

The family of John C. Mercer created this Life Tributes page to make it easy to share your memories.

Send flowers to the Mercer family.