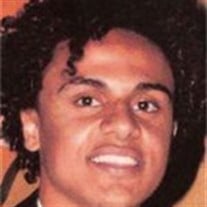 Jon Mangual, 18, of Tobyhanna, died Thursday, August 14 from injuries sustained in a motor vehicle accident in East Stroudsburg, Pa. Born in Paterson, New Jersey, he was the son of Luis and Ana (Garcia) Mangual. Jon was a 2008 graduate of Pocono Mountain West High School and a member of St. Ann's Church in Tobyhanna. Jon was a highly respected football and basketball player at Pocono Mountain West. A two-time Mountain Valley Conference MVP, he led the boys' basketball team to the championships for the past two seasons. He was Pocono Record's Player of the Year and two-time All-MVC and Pocono Record All-Area first-team selection. He was quarterback and defensive back for the Panthers football team when they won their first MVC title this past football season. An All-MVC and All-Area first-team pick, Jon was also an All-MVC second-team choice. In his last game as a high school senior, Jon played in the McDonald's All-Star football game at Nazareth High School. In addition to his parents, Luis and Ana, he is survived by a brother, Angel Mangual of East Orange, New Jersey; several aunts and uncles, Mirta and Amador Torress, Fermina and Orlando Mangual, Norma Mangual, Jorge and Annie Gorritz; maternal grandmother, Iris Julio Quiroc; and paternal grandmother, Marita Rodriquez. There will be a viewing on Sunday, August 17 from 2:00 to 5:00 p.m. at the Bolock Funeral Home, corner of Routes 940 & 390 in Paradise Valley. The Reverend Father Richard Ghezzi will celebrate a Mass of Christian Burial at 10:00 a.m. on Monday, August 18 at St. Ann's Church, Main Street, Tobyhanna, Pa. Interment will be private. In lieu of flowers, memorial donations may be made to the Pocono Mountain West Football Team, c/o Pocono Mt. School District, PO Box 200, Swiftwater, Pa. 18370

Jon Mangual, 18, of Tobyhanna, died Thursday, August 14 from injuries sustained in a motor vehicle accident in East Stroudsburg, Pa. Born in Paterson, New Jersey, he was the son of Luis and Ana (Garcia) Mangual. Jon was a 2008 graduate of Pocono... View Obituary & Service Information

The family of Johnathan "Jon" Mangual created this Life Tributes page to make it easy to share your memories.

Send flowers to the Mangual family.