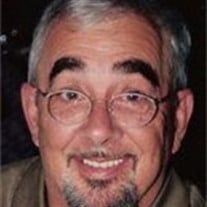 Joseph Robert Bailey returned home to his Father in Heaven on Sunday, October 1 after a brief illness. Joe was born in Winchester, Tennessee in 1943 and resided in Staten Island, New York for 27 years. He had been a resident of Mountainhome, Pa since 1983. He was the son of the late Joseph R. Bailey and Filomena (Phyllis) LaMastra-Bailey. Joseph was retired from the New York City Transit Authority, where he was employed for 20 years as a bus operator on Staten Island and Manhattan. He was an avid golfer and belonged to Mountain Manor Golf Club and presently Riverside Golf Club in Ruskin, Florida. His golf clubs will probably be bronzed. Joe was a man with enduring faith in God and a true gentleman of the "old school". He encouraged his children and grandchildren to have faith in God and themselves and most importantly to love each other. His family and friends were his total joy and he will always be loved and remembered by them. He is survived by his wife, Katherine F. (Reilly) Bailey, at home. Joseph was the loving father and guide to five children; Laura Ann Bailey of Mountainhome and her fiance, Edward Tonkay, Susan M. Bolger and her husband Brian of Mt. Airy, Maryland, James J. Scully of Virginia Beach, VA, Daniel J. Scully of Mountainhome, Mary Meyers and her husband Mike of Cartersville, Georgia. Proud to be his grandchildren are Jason and Christopher Farrell of Cartersville, GA, James Scully of Hilo, Hawaii, Timothy and Danielle Scully of Virginia Beach, VA, Jessica Scully of Mountainhome, and Jacob Joseph, Leah Anne, and Brian James Bolger of Mt. Airy, Md. He is also survived by his only brother, Thomas G. Bailey and his wife Marj of Cave Creek, AZ, and their children, Jennifer, James and Stephanie, all of Arizona. In addition, his family includes his paternal Aunt, Margaret Bailey, his maternal Aunt, Ann Monasseri, both of Staten Island, NY, and many cousins. He was also very fond of his many "adopted" cousins from Massachusetts, whom he has many happy memories of special times with them. He was preceded in death by his son, Joseph Robert Bailey in 1970. The Reverend Father Alfred Vito will celebrate a Mass of Christian Burial at 10:00 a.m. on Thursday, October 5 at St. Bernadette's Church in Canadensis. There will be a viewing on Wednesday, October 4 from 2:00 to 4:00 p.m. and 7:00 to 8:30 p.m. at the Bolock Funeral Home, corner of Routes 940 & 390 in Paradise Valley. In lieu of flowers, memorial donations may be made to Barrett Volunteer Ambulance Corps, PO Box 105, Cresco, Pa. 18326 or the American Cancer Society, 1101 Hill St., Jessup, Pa. 18434

Joseph Robert Bailey returned home to his Father in Heaven on Sunday, October 1 after a brief illness. Joe was born in Winchester, Tennessee in 1943 and resided in Staten Island, New York for 27 years. He had been a resident of Mountainhome,... View Obituary & Service Information

The family of Joseph Bailey created this Life Tributes page to make it easy to share your memories.

Joseph Robert Bailey returned home to his Father in Heaven on...

Send flowers to the Bailey family.