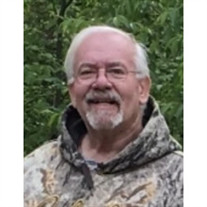 Joseph J. Lehman Jr., 71, of Lake Harmony, formerly of Cinnaminson, New Jersey, died on Thursday, January 28, 2021 at Lehigh Valley Hospital Pocono in East Stroudsburg. He was the loving husband of Cheryl (Elwell) Lehman. They were married 36 years. Born in Philadelphia, he was a son of the late Joseph J. Sr and Dorothy (Dorley) Lehman. Joseph was a proud veteran of the United States Marine Corps, a retired machinist, and a former member of the Philadelphia Modifiers Street Rod Club. In addition to his wife, he is survived by sons: Shawn Lehman and his wife, Jessica of Cresco; Jeffrey Lehman and his fiancée, Danielle Bradley of Swiftwater; brother, Jim Lehman and his wife, Shirley of Scotrun; sister, Kathy Krawczyk and her husband, Mike of Mohnton; granddaughter, Juliana; several nieces and nephews; and his beloved dog, Kimber. In addition to his parents, he was preceded in death by his son, Joseph Brian Lehman. There will be a viewing from 10 a.m. to noon Thursday, February 4 at Bolock Funeral Home, 6148 Paradise Valley Road, Cresco. Reverend Father Gregory Loughney will celebrate a blessing service at noon at the funeral home. Interment with military honors will follow at St. Paul's Cemetery in Swiftwater. In lieu of flowers, memorial donations may be made to the Juvenile Diabetes Foundation, by visiting 2.jdrf.org.

The family of Joseph J. Lehman Jr. created this Life Tributes page to make it easy to share your memories.