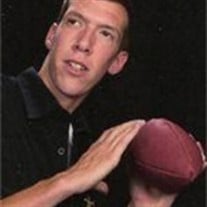 Joseph T. Scialabba, 18, of Tobyhanna, died unexpectedly on Sunday, August 23 at home. Born in Brooklyn, New York, he was the son of Melissa Davies-Scialabba of Tobyhanna and Joseph Scialabba of Tobyhanna. A 2009 graduate of Pocono Mountain East, he was to begin classes at Northampton Community College this semester as a Physics major. Joseph had a heart of gold and was loved by everyone. In addition to his parents, he is survived by two brothers, James and Brandon Scialabba, both of Tobyhanna; maternal grandparents, Nana and Albert Davies of Hyde Park, New York; great grandmother, Virginia Anson of Poughkeepsie, New York; and many aunts, uncles, cousins, and friends. There will be a viewing on Wednesday, August 26 from 2:00 to 4:00 and 7:00 to 8:30 p.m. at the Bolock Funeral Home, corner of routes 940 & 390 in Paradise Valley. The Reverend John Cordes will conduct a funeral service at 10:00 a.m. on Thursday, August 27 at the Mt. Pocono United Methodist Church, 12 Church Avenue, Mt. Pocono, Pa. 18344. Cremation will follow at the Bolock Funeral Home Crematory. In lieu of flowers, donation may be made in Joseph's name to the National Marfan Foundation, 22 Manhasset Avenue, Port Washington, New York 11050 or online at www.marfan.org

The family of Joseph Scialabba created this Life Tributes page to make it easy to share your memories.

Send flowers to the Scialabba family.