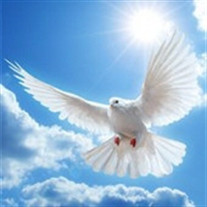 Joseph "Joe" Edward Whalen, Tobyhanna, died peacefully January 29th at Geisinger Wyoming Valley Hospital after a short and valiantly fought illness. He was in his 79th year. The son of Frank (Woljaitis) Whalen Sr. and Magdelena (Shuda) Whalen he was born in Mt. Carmel, Pa., April 3, 1928. He was married to the former Lillian Marie Pulaski, who died in 1989. Joseph graduated from Kulpmont H.S. and as a youth was a member of the Civilian Air Patrol. He was retired after a career as a tool and die maker with Boeing Aircraft Helicopter Division in Chester, Pa. where he rose to supervisory level. He was a member of the Machinist's Union. He and his wife, Lillian, ran a "Mr Softee" mobile soft ice cream business in Aston Twp, Pa. and moved to Tobyhanna, Pa. in 1971 where they were the proprietors of Whalen's Beechwood Inn for several years. In addition he was a school bus driver for Pocono Mountain School District and supervised the wood shop for the recreational services of Tobyhanna Army Depot. Joe was a past member of the Lions Club and Tobyhanna Conservation Association. He initiated and played in local horseshoe and dart leagues, enjoyed music, football, sailing, woodworking, model boat building, photography and was a lover of the beauty of Nature. After the death of his wife of 40 years, he toured the United States in his RV, videotaping his travels throughout the Country he loved. He was lately known for his ambitious efforts of cutting and splitting his own firewood. He was a devoted husband and dedicated father. Surviving are daughter Diane L. M. McGeehan and her husband Paul of Hamilton, N.J.; sons, Michael J. E. Whalen of Indian Rocks Beach, Fl. and Frank P. Whalen of Tobyhanna, Pa.; four grandchildren: Samuel McGeehan who is traveling in Bangladesh, Nicholas C., Kristopher J., and Kelly M. Whalen of Saylorsburg, Pa.; sisters, Marie Rhodes and her husband Ray of Sewickly, Pa. and Evalyn Covaleski of Mt. Carmel, Pa.; niece Jackie Young, her husband, Harry and his great nephews Greg and Jamie of Catawissa, Pa.; and several cousins in the Gaughan family. He was preceded in death by his wife, Lillian; his brothers, Vincent, Frank Jr. and Edward Whalen; and brother-in-law Edward "Eddy" Covaleski. There will be a viewing on Saturday, February 3 from 10:30 to 11:30 a.m. at the Bolock Funeral Home, Corner of Routes 940 & 390 in Paradise Valley. Graveside services will follow at 1:30 at St. Joseph's Cemetery in Mt. Carmel. The family requests any donations be directed to the Salvation Army, 226 Washington Street, East Stroudsburg, Pa. 18301 or the American Lung Association, Room 120, 2300 Adams Avenue, Scranton, Pa. 18509.

The family of Joseph Whalen created this Life Tributes page to make it easy to share your memories.

Send flowers to the Whalen family.