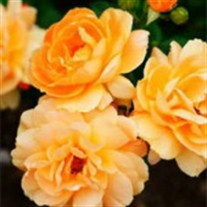 Leona M. (Fish) Storm, 85, of Paradise Township, passed away at Hazleton General Hospital on February 10, 2010. She was the wife of Albert M. Storm, with whom she celebrated 67 years of marriage on September 20, 2009. Born in Monroe County on November 30, 1924, she was the daughter of the late Arlington and Martha (Bond) Fish. She was of the Methodist faith. Leona attended the Pocono Township School in Tannersville. She was a homemaker and devoted wife and mother. After their children were raised, she and Albert devoted much of their spare time to golfing. Leona not only won the runner-up status in the women's division at Mountain Manor Golf Club in 1971, but won the Mountain Manor Golf Club Championship in the women's division in 1972. She is survived by a daughter, Marjorie Smith and her husband Clark of Cresco; a son, Horace and his wife, Barbara of Chincoteague, VA; a daughter-in-law, Jane Storm of Brunswick, GA; a brother, Arlington Fish, Jr., a sister, Lorraine Miller; grandchildren, Tami Binder and her husband Shane of Scotrun, Colleen Ayers of her husband Wayne of Fort Worth, TX, Jody Perry and her husband Christiaan of Chincoteague, VA, Chad Storm and his wife Michelle of Jim Thorpe, Karen Holcomb and her husband Tony of Brunswick, GA; great grandchildren, Lucas and Austin Perin, Cason and Makenna Ayers, Wade, Caylin and Alana Holcomb, Angela, Alex, and Allison Storm, and Donny Keener. She was preceded in death by a son, Robert Storm in 2004, six siblings, John Fish, Verdon Fish, Richard Fish, Sherwood Fish, Berneta Barr, and Nina Smith, a granddaughter, Sandra Keener, and a great granddaughter, Cassidy Binder in 2001. Private cremation took place at the Bolock Funeral Home Crematory in Paradise Valley. To honor Leona's request there will be no services with a private interment by the family. In lieu of flowers, donations may be made to the charity of your choice.

Leona M. (Fish) Storm, 85, of Paradise Township, passed away at Hazleton General Hospital on February 10, 2010. She was the wife of Albert M. Storm, with whom she celebrated 67 years of marriage on September 20, 2009. Born in Monroe County on... View Obituary & Service Information

The family of Leona Storm created this Life Tributes page to make it easy to share your memories.

Send flowers to the Storm family.