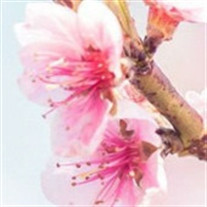 Lillian Anna (Hoffman) Siclari, 87 of Brookmont Health Care Center, Effort died Saturday morning, December 29 at Brookmont. Born in Patterson, NJ, she was the daughter of the late Otto and Mary (Reiner) Hoffman. Lillian moved to Staten Island, NY in the early 1940's, where she married her husband, the late Charles Siclari. She was an accomplished country music singer and guitar player, singing on the radio, in a band with her husband and in nightclubs. She also sang with her 2 sisters. Lillian is survived by her two sons: Charles Siclari and wife Joanie of NJ and Robert C. Siclari and his wife Dawn, Long Pond; one daughter Lillian D. Siclari, Lansford; and three grandchildren,Charles Siclari, Sheryl Clark, and Todd Skjeie. There will be a viewing on Thursday, January 3, 2008 from 6:00 p.m. to 8:00 p.m. at the Bolock Funeral Home, corner of routes 940 & 390, Paradise Valley. There will be a blessing service at 8:00 p.m. on Thursday, January 3 at the funeral home. Interment will take place on Friday, January 4, 2008 at the Moravian Cemetery, Staten Island, NY.

The family of Lillian Siclari created this Life Tributes page to make it easy to share your memories.

Send flowers to the Siclari family.