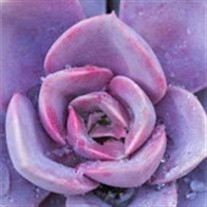 Mary Elizabeth (Kundrat) Stirr, 92, of Canadensis, died Wednesday, August 23 at the home of her son, Michael J. Stirr and daughter-in-law, Jacklyn in Canadensis. She was the wife of the late Michael Stirr, who died in 1996. Born in Duryea on September 18, 1913, she was the daughter of the late Michael and Mary (Racz) Kundrat. She was a 1930 graduate of Duryea High School. Along with her husband, they owned and operated Stirr's Cafe in Duryea for 15 years and owned and operated Evergreen Lodge in Canadensis. Prior to retiring, she was employed by Skytop Lodge. She is survived by a son, Michael J. Stirr and his wife, Jacklyn of Canadensis; a daughter, Marianna (Stirr) Diehl and her husband, Charles of Binghamton, NY; and sister, Helen (Kundrat) Jones of Dallas, Texas; and many nieces and nephews. She was the most devoted grandmother of Marianne (Diehl) Myers, Robert and J. Michael Diehl, and Michael F., Christopher, and Elizabeth Stirr. She was the loving great-grandmother of Lauren Myers, Cole, Quinn, and Cassidy Diehl and Logan and Gabriel Stirr. In addition to her husband, Michael, she was preceded in death by two brothers, John and Michael, who died serving in the Army Air Corps on a flying mission over Japan, and sisters, Anna (Kundrat) Murzenski and Margaret (Kundrat) Garwood. The Reverend Father David Cramer will celebrate a Mass of Christian Burial at 11:00 a.m. on Saturday, August 26 at St. Bernadette's Roman Catholic Church in Canadensis. Interment will follow at St. John's Slovak Cemetery in Duryea. There will be a viewing on Saturday from 9:00 to 10:30 a.m. at the Bolock Funeral Home, corner of Routes 940 & 390 in Paradise Valley. In lieu of flowers, memorial donations may be made to St. Joseph's Children Center, 2010 Adams Avenue, Scranton, Pa.

Mary Elizabeth (Kundrat) Stirr, 92, of Canadensis, died Wednesday, August 23 at the home of her son, Michael J. Stirr and daughter-in-law, Jacklyn in Canadensis. She was the wife of the late Michael Stirr, who died in 1996. Born in Duryea on... View Obituary & Service Information

The family of Mary Stirr created this Life Tributes page to make it easy to share your memories.

Send flowers to the Stirr family.