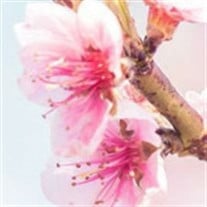 Dear family and friends, please remember me fondly in this little poem: The more you give, the more you get, The more you laugh, the less you fret, the more you do unselfishly, The more you live abundantly, The more of everything you share, The more you love, the more you'll find. That life is good and friends are kind For only what we give away, Enriches us from day to day. (Helen Steiner Rice) Loving husband and devoted father, Michael Joseph Chopko, 91, went to be with his Lord on July 24, 2006. Born in Dickson City, he was the son of Stephen and Anna (Spisak). Michael married his high school sweetheart, Lottie (Stasium) and remained her devoted husband for 70 years. He is survived by his wife Lottie; one daughter Patricia (Terry Szyperski); one grand-daughter, Kimberly Ann (Szyperski) and a number of nieces and nephews who will miss his great wisdom, keen sense of humor and great wit. He was preceded in death by his parents and four siblings, brother John, sisters, Elizabeth (Demko), Anna (Nemeth) and Mary (Filarsky) and beloved daughter, Sally (Schwoyer). Michael took aeronautical engineering courses at Penn State College. During World War II, Michael worked for General Motors and served his country by building the famous flying Tigers airplanes. For his efforts, he was rewarded two medals of Excellence from Harry S. Truman. Michael was also one of the first entrepreneurs in the Pocono area and was a successful businessman. He started the Pocono Riding Club at Mt. Airy Lodge and the Pocono Fence Company, which later became the Pocono Pool and Fence Corporation. In 1970, he became the founder of the Pocono Pool Company, which is now known as Pocono Pool and Spa Company. Michael always befriended anyone he met and encouraged those around him. He was truly generous and was a self giving man to his family, friends, the community and employees. A celebration of this man's great life will be held on Saturday, July 29 at 10:00 am with a Mass of Christian Burial celebrated by Reverend Father Joseph Kopacz at St. Mary of the Mount Church, Mt. Pocono. Interment will follow in Laurelwood Cemetery, Stroudsburg. Friends and family members are also invited to the viewing on Friday July 28 from 7:00 to 8:30 pm at the Bolock Funeral Home, corner of routes 940 & 390 Paradise Valley. In lieu of flowers, memorial contributions can be made to St. Mary of the Mount Church, Fairview Avenue, Mt. Pocono, Pa. 18344 or the American Lung Association, Room 120, 2300 Adams Avenue, Scranton, Pa. 18509

The family of Michael Chopko created this Life Tributes page to make it easy to share your memories.

Dear family and friends, please remember me fondly in this little...

Send flowers to the Chopko family.