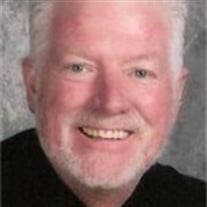 Michael W. Watson, 61, of Mt. Pocono, passed away unexpectedly on Wednesday, December 3 at home. He was the husband and soul mate of Robin (Wike) Watson, to whom he was married on June 10, 2006. Born in Lafayette, IN, he was the son of the late Kenneth and Marian (Maynard) Watson. He earned his BA and MA in Education at Ball State in Indiana. Michael was a History teacher at Pocono Mountain East High School. He started his career teaching and coaching in Hamilton, IN in the early 1970's. From there he became the Asst. Football Coach in Mitchell, IN and then to Butler, IN to become the head football coach. From 1984 to 1989 he worked in sales as the Transguard Seal Company in Newark, NJ. He was employed at Connaught Labs as a District Manager and a Regional Account Manager for 17 years, before teaching at the high school. He also served as a Freshman Football Coach in 2006. He was a member of the Mt. Pocono Parks and Recreation and the Pocono Farms Country Club. He was a United States Army Veteran. Mike loved his Girls, Purdue, and Golf. In addition to his wife, Robin, he is survived by his beloved daughters, Nicole L. Watson and Danielle E. Watson of Tampa, FL; his loving step-daughters, Kendall and Haylee of Mt. Pocono; two brothers, Mark Watson of Connersville, IN, and Kevin Watson of Lutz, FL; he is also survived by his first wife, Karen Lehman of Lakeview, OH. A Celebration of Life will be held at 12:00 p.m. on Saturday, December 6 at the Bolock Funeral Home, corner of routes 940 & 390 in Paradise Valley. There will be a viewing on Saturday, from 10:00 a.m. until the time of service. An additional viewing will be held at the funeral home on Friday, December 5 from 4:00 to 6:00 p.m. Cremation will follow the service on Saturday at the Bolock Funeral Home Crematory. In lieu of flowers, memorial donations may be made to the Pocono Mountain East High School General Scholarship Fund, PO Box 200, Swifwater, Pa. 18370 or to the Purdue Foundation, 403 West Wood Street, West Lafayette, IN 47907-2007. Please make checks payable to the Purdue Foundation and note that the donation is in memory of Michael W. Watson. www/purdue.edu/udo/giving/give.shtml

Michael W. Watson, 61, of Mt. Pocono, passed away unexpectedly on Wednesday, December 3 at home. He was the husband and soul mate of Robin (Wike) Watson, to whom he was married on June 10, 2006. Born in Lafayette, IN, he was the son of the late... View Obituary & Service Information

The family of Michael Watson created this Life Tributes page to make it easy to share your memories.

Send flowers to the Watson family.