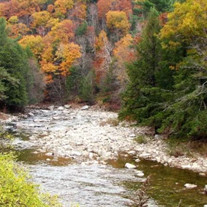 Peter Raymond Cegelka, 79, of Pocono Summit, died Monday, September 27 at St. Luke's Hospital - Monroe in Bartonsville. He was the loving husband of Florence I. (Ayers) Cegelka who passed away in 2018. Born in Plainfield, New Jersey, he was the son of the late Raymond and Anna (Marhoffer) Cegelka. He obtained his Bachelor's degree in Psychology with a minor in Economics from Fairleigh Dickinson University, Madison, New Jersey in 1963. In 1966 he received a Master's degree M. Ed. in Counseling and personal services from the University of New Hampshire in Durham. In 1968, he became the Project Director for the Dover/Durham New Hampshire Head Start Program. In 1980, Peter worked as a counselor and program designer for the adult basic education system at the Stafford County jail. He also served as a liaison between the Strafford Guidance Center and the Dover School Department, where he became test coordinator for statewide testing programs. From 1968-1972 he engaged in part-time private practice and was also the Dover School Department's child development specialist. From 1972-1974, Peter worked in Newington, New Hampshire as coordinator of Diagnostic and Rehabilitation Services at Great Bay School and Training Center which provided vocational rehabilitation to the handicapped. On January 10, 1974, he married Florence, adopted her three kids and moved to Pocono Summit to be closer to his retired parents. He became a rehabilitation counselor for the Burnley Workshop in Snydersville and later was promoted to Coordinator of Rehabilitation, then Director and worked there for 15 years. In 1989, he spent two years with the United Way in Tannersville and computerized their organization. Peter then joined the Tri-County Human Services, Inc. in Honesdale as a psychotherapist. In 1995, he started to visit Wayne County Jail to counsel inmates with mental health issues, then divided his time between the two prisons in Susquehanna County and Wayne County. In April, 2000 he became certified as a Forensic Counselor by the American College of Certified Forensic Counselors. Peter has been a member of the Human Rights Committee, Forensic Treatment Center at The State Correctional Institution (SCI) Waymart, as a member of the Forensic Subcommittee of the PA Community Providers Association in Harrisburg, and a member of the Wayne Information Network of Community Human Service Organizations, Honesdale. He also served his community in his local fire department and ambulance squads. After retirement, Peter liked to spend his time reading, camping, and using his watercraft at Lake Wallenpaupack. He spent time with his pet Briggs, an African Gray parrot, his tropical fish and he would feed the various animals such as deer, squirrels and other wildlife in his backyard. He also enjoyed pet conventions and trade shows in Florida and California, and working around his yard. He is survived by his children: Bob Cegelka and his wife, Laurie of Pocono Summit; Francis Cegelka of Florida; and Martha Porter of New York; grandchildren: Dr. Derek Cegelka and his wife, Neely; Jessica Ciaccio and her husband Adam; Nicole Cegelka; David Porter and his wife, Chelsea; and Juliana Knickerbocker and her husband, Bill; and eight great-grandchildren; There will be a visitation from 10 to 11 a.m. Saturday, October 2 at Bolock Funeral Home,6148 Paradise Valley Road, Cresco. Reverend Father Gregory will conduct a memorial service at 11 a.m. at the funeral home. In lieu of flowers, memorial donations may be made to AWSOM Animal Welfare Society of Monroe: PO Box 13, Stroudsburg, PA 18360. Private cremation has been entrusted to Bolock Funeral Home Crematory. Peter and his wife will be interred at Lakeview Cemetery in Wolfeboro, New Hampshire.

Peter Raymond Cegelka, 79, of Pocono Summit, died Monday, September 27 at St. Luke's Hospital - Monroe in Bartonsville. He was the loving husband of Florence I. (Ayers) Cegelka who passed away in 2018. Born in Plainfield, New Jersey, he was... View Obituary & Service Information

The family of Peter Cegelka created this Life Tributes page to make it easy to share your memories.

Send flowers to the Cegelka family.