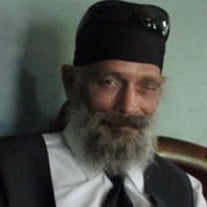 Robert "Bob" M. Castaldo Jr., 56, of Henryville, passed away on Saturday, September 18, 2021 at home surrounded by his loving family. He was the loving husband of Theresa (DiSimone) Castaldo, with whom he shared 39 years of marriage. Born in Queens, New York, he was a son of Karen (Sukmanowski) Castaldo of Long Pond and the late Robert Castaldo Sr. Bob was a proud, God-fearing patriot. He enjoyed following politics and spending many hours with his bible studies. Until his retirement in 1999, he spent his career as a proud "A" Journeyman and a member of the International Brotherhood of Electrical Workers Union Local #3 of New York City, New York. In his spare time, you would often find him in his garage working on his or anyone else's motorcycles and trucks. Family always came first and Bob was always there for anyone in their time of need. He was admired, honored, and respected by all who knew him. In addition to his wife, he is survived by sons: Robert M. Castaldo III and his wife, Pauline of Scranton; Anthony Castaldo and his wife, Kat of Saylorsburg; brothers: Patrick Castaldo and his wife, Michelle of Long Pond; Michael Castaldo of Long Pond; beloved grandchildren; Emily, Marilyn, Erika, Vincent, Dominick, Tony, Nick, Finn, Aiden; and his beloved dog Lucy. There will be a viewing from 10 a.m. to noon on Wednesday, September 22 at Bolock Funeral Home, 6148 Paradise Valley Road, Cresco. Chaplain Brian Nichols will conduct a service at noon at the funeral home. In lieu of flowers, memorial donations may be made to The Chemo Bag by visiting thechemobag.org. Private cremation is entrusted to Bolock Funeral Home Crematory.

Robert "Bob" M. Castaldo Jr., 56, of Henryville, passed away on Saturday, September 18, 2021 at home surrounded by his loving family. He was the loving husband of Theresa (DiSimone) Castaldo, with whom he shared 39 years of marriage. Born... View Obituary & Service Information

The family of Robert Castaldo created this Life Tributes page to make it easy to share your memories.

Send flowers to the Castaldo family.