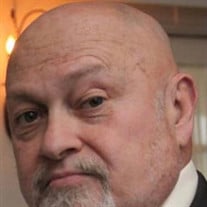 Robert John Smith, 75, of Pocono Lake, died Tuesday, June 22, 2021 at Lehigh Valley Hospital - Pocono in East Stroudsburg. He was the loving husband of Marlene (Bizzarro) Smith, with whom he shared 53 years of marriage. Born in Newark, New Jersey, he was the son of the late David and Betty (Frost) Smith. A proud Veteran, Bob served in the United States Army for two years during the Vietnam War. After his honorable discharge, he joined the Newark Police Department retiring after 28 years as a Detective Sergeant. After living for 32 years in North Arlington, New Jersey, Bob settled in the Poconos and was an avid outdoorsman. He was a true Renaissance Man who was a skilled gunsmith, welder, small engine repairman, calligrapher, artist, and an expert marksman. Bob enjoyed reading a wide range of subjects but was especially fond of military history and historical fiction. He was a member of the Newark Fraternal Order of Police Lodge #12, Superior Officers Association Police, Newark, New Jersey, the PA Sheriff's Association, and the American Legion Post 413, Pocono Pines. Bob was a Freemason and a member of the Essex Lodge #7, Caldwell, New Jersey, and the Masonic Lodge, Scottish Rite, Scranton. In addition to his wife, he is survived by his son, Robert Joseph Smith and his wife, Virginia Louise Butera of Selden, New York; daughter, Nicole Sheehy and her husband, Joseph Martin of Jackson, New Jersey; and grandson, Brandon Olvera. There will be a viewing from 1 to 5 pm. Monday, June 28 at Bolock Funeral Home, 6148 Paradise Valley Road, Cresco. Dr. Catherine Thayer will conduct a service at 5 p.m. at the funeral home. In lieu of flowers, memorial donations may be made to the American Cancer Society by visiting cancer.org.

The family of Robert John Smith created this Life Tributes page to make it easy to share your memories.

Send flowers to the Smith family.