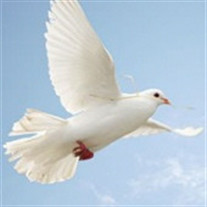 Ronald E. Silvent, Sr., 60, of Blakeslee, Pa. died unexpectedly on Tuesday, March 6 in Jensen Beach, Florida. Born in Wilkes-Barre, Pa., he was the son of Evelyn (Rightnowar) Silvent of Jensen Beach, Florida and the late Francis J. Silvent, Sr. Ronald moved to the Poconos in 1987. After his retirement as a police officer in New Jersey, he worked in private security at Arrowhead Lakes, Briar Crest, and the Chateau in PA. He was a coach and past president of the Pocono Mountain West Little League Association. He also served as a New Jersey State Delegate for P.B.A. and as past president of the Mansfield Township New Jersey Recreation Board. He is survived by two daughters, Tara Haas of Wrightstown, New Jersey, Melissa Silvent of Marshalls Creek; a son, Ronald Silvent Jr. of Wrightstown, New Jersey; a step-son, Brett Doncheski of Great Meadows, New Jersey; one brother, Joseph Silvent of Blakeslee; one sister, Sharon Mooney of Stroudsburg; three grandchildren, Kayla, Amanda, and Robert Haas IV; and several nieces and nephews. In addition to his father, he was preceded in death by a daughter, Lisa Silvent. A viewing will be held on Friday, March 9 from 6:00 to 8:00 p.m. at the Bolock Funeral Home, corner of Routes 940 & 390 in Paradise Valley. Reverend Donald Vanderhoof will conduct a Memorial Service at 8:00 p.m. at the funeral home. Cremation will take place at the Bolock Funeral Home Crematory following the service. In lieu of flowers, memorial donations may be made to the Pocono Mountain West Little League Association, PO Box 562, Pocono Pines, Pa. 18350

The family of Ronald Silvent created this Life Tributes page to make it easy to share your memories.

Send flowers to the Silvent family.