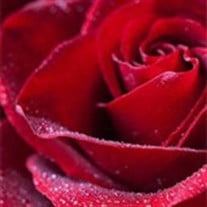 Ruth F. Weber, 93, of Pocono Pines, died Wednesday, February 9 at Chester County Hospital in West Chester, Pa. She was the wife of the late Edwin A. Weber, who passed away in 1999. Ruth met her husband at a dance convention where they were both dance instructors. Born in Newark, New Jersey, she was the daughter of the late George and Elizabeth (Faeser) Fischer. She graduated from Chestnut Hill College in Philadelphia. Ruth lived in Deal Borough and Ocean Township for most of her life, where she retired as a librarian for the Ocean Township School District. After her retirement she moved to the Poconos as a full-time resident. She served on many committees at Lake Naomi over the years and volunteered at the Clymer Library. Ruth was also the author of a children's book, Dear Deer Mouse. She was active member of St. Maximilan Kolbe Church in Pocono Pines where she served in the Lazarus Ministry, was chairperson for Our Lady's Rosary Makers, and a member of the Crafty Ladies. She was also a member of the Lionettes in Pocono Lake, PA. She is survived by three sons, Richard Weber and his wife Maureen of Interlaken, NJ, Ronald Weber and his wife Lucille of Easton, MD, Roger Weber and his wife Lisa of West Chester, PA; two daughters, Rosemary Smith and her husband Bill of Downingtown,PA, Ruthann Rutledge and her husband Gary of Howell, NJ; eleven grandchildren, four great grandchildren; two nieces and one nephew. She was preceded in death by two sisters, Lorraine Griffith and Georgine Magura. There will be a viewings on Sunday, February 13 from 2:00 to 5:00 p.m. at the Bolock Funeral Home, Rt 940 in Cresco, PA and on Monday, February 14 from 10:00 a.m. to 11:00 a.m. at St. Maximilian Kolbe Church in Pocono Pines, PA. The Reverend Father John Boyle will celebrate a Mass of Christian Burial at 11:00 a.m. at the church. Burial will follow at Pocono Lake Cemetery. In lieu of flowers, memorial donations may be made to the Missionary Oblates of Mary Immaculate, Office of Charitable and Planned Giving, 9480 N. De Mazenod Drive, Belleville, IL 62223-1160

Ruth F. Weber, 93, of Pocono Pines, died Wednesday, February 9 at Chester County Hospital in West Chester, Pa. She was the wife of the late Edwin A. Weber, who passed away in 1999. Ruth met her husband at a dance convention where they were both... View Obituary & Service Information

The family of Ruth Weber created this Life Tributes page to make it easy to share your memories.

Send flowers to the Weber family.