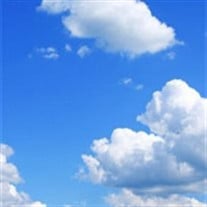 Stephen M. Orsulak, 85, of Pocono Summit, passed away on Monday, July 27 at the VNA Hospice of Monroe County in East Stroudsburg surrounded by his family. He was the husband of Magdalen "Marge" (Mihalko) Orsulak, with whom he celebrated their 65th wedding anniversary in June. Born in Bukova, Slovakia on July 12, 1924, he was the son of the late Paul and Elizabeth (Student) Orsulak. He immigrated with his family through Ellis Island in 1927, grew up in Landsford, PA and graduated from Lansford High School in 1942. After marrying, he lived with his family in Coaldale, Pa. In 1961 they moved to Jamesburg, NJ before moving to Pocono Summit in 1976. After working at the Lehigh Coal and Navigation Co. in Lansford, he became a master electrician and worked at Phelps Dodge Copper Products in South Brunswick, NJ, Triangle Cable Co. in Archbald, and Instruments Specialties in Stroudsburg before his retirement in 1986. Stephen was a US Army veteran, serving in WWII as a medic in the European Theater, including the Battle of the Bulge for which he was awarded numerous meritorious medals. During the 1940's and 50's he had his own band, "The Seth Orson Orchestra", playing big band and ethnic songs at various clubs in the coal regions and Pocono resorts. He was an accomplished accordionist, and after retiring played at many social events throughout NE PA and was known as "Mr. O". Stephen was an active parishioner of St. Mary of the Mount Roman Catholic Church in Mt. Pocono, where he was a 4th Degree Member of the Pocono Mountain Knights of Columbus #4159. He was also a life member of the Veterans of the Battle of the Bulge, Lehigh Valley Chapter, AmVets Post 83 in Lansford, Pocono Mountain Senior Citizen Association, and the Pocono Historical Society. In addition to his devoted wife, Magdalen, he is survived by daughters, Anita Rumbo and her husband David of North Brunswick, NJ, Elaine Marlow and her husband Gerald of Cedar Knolls, NJ; a son, Stephen Orsulak of Las Vegas, NV; six granddaughters, Amy, Suzanne, Amanda, Stephanie, Sarah, and Megan, and one great-granddaughter, Madison. He was preceded by his brothers, Paul and Joseph. There will be a viewing on Wednesday, July 29 from 2:00 to 4:00 p.m. and 7:00 to 8:30 p.m. at the Bolock Funeral Home, corner of Routes 940 & 390 in Paradise Valley. A Mass of Christian Burial will be celebrated at 10:00 a.m. on Thursday, July 30 at Saint Mary of the Mount Church, Fairview Avenue in Mt. Pocono. Interment will follow at St. Cyril and Methodius Cemetery in Nesquehoning, Pa. In lieu of flowers, memorial contributions may be made in his name to St. Mary of the Mount Catholic Church, 27 Fairview Avenue, Mt. Pocono, Pa. 18344 or VNA Hospice of Monroe County, 502 Independence Road, East Stroudsburg, Pa. 18301

Stephen M. Orsulak, 85, of Pocono Summit, passed away on Monday, July 27 at the VNA Hospice of Monroe County in East Stroudsburg surrounded by his family. He was the husband of Magdalen "Marge" (Mihalko) Orsulak, with whom he celebrated their... View Obituary & Service Information

The family of Stephen Orsulak created this Life Tributes page to make it easy to share your memories.

Stephen M. Orsulak, 85, of Pocono Summit, passed away on Monday,...

Send flowers to the Orsulak family.