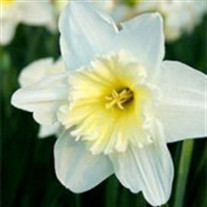 Virginia Hood, 84, of Buck Hill Falls, PA, passed away on Saturday, January 22. She was the wife of the late John Hood, also a long time resident of the Pocono Mountains, who passed away in 1983. Born on October 7, 1926, in Queens, NY, she was the daughter of the late Richard and Helen (O'Donnell) Dooley and the younger sister of twin brothers John "Jack" and Richard Dooley. Virginia adored her brothers, who both fought valiantly in World War II. At the age of 15, she fibbed about her age and secured her first job, as a secretary at a large, international corporation in New York City, while attaining her high school degree at night. She then married, moved to California in 1957 and, together with her first husband, owned and operated restaurants popular with Hollywood celebrities. Virginia and her family moved to the Pocono Mountains in 1967, where she managed two family resorts. In the mid-1970s, she entered the real estate business and quickly became a popular real estate broker. She owned and operated Virginia Hood Real Estate for over 25 years, concentrating on the communities of Skytop and, in particular, Buck Hill Falls, where she resided. She prided herself on building relations based on honesty, understanding her clients' needs, emphasizing personal attention to detail and her own deep affection for the community. She sold her business and retired in 2005. She thereafter moved to her residence in Jupiter Island, Florida, but always rented townhouses in Buck Hill Falls during summers to visit her many friends in the Poconos. Beloved wife, mother and grandmother, and loyal friend to many, Virginia believed deeply in prayer, enjoyed being with her family and friends, loved theater, was a voracious reader and completed the New York Times crossword puzzles religiously. Virginia was an avid Bridge player and never tired of watching classic movies and her favorite TV show "Jeopardy." She was an active member of the community, including originating the Buck Hill Falls Fashion Show, the proceeds of which benefited the local Rotary Club. Virginia is survived by four sons: Kevin Mackin and his wife Cathy and sons Christopher and Thomas, of Merrick, NY; Scott Mackin and his wife Claire and sons Connor, Dylan, and JT, of Morris Township, NJ; Sean Mackin and his wife Tatjana and children Samuel, Kaitlyn and Hannah, of Clinton, NY; and Quinn Mackin and his wife Zarina, of Irvine, CA. In addition to her husband John Hood, she was preceded in death by her son Steven Mackin, of Los Angeles, CA. There will be a viewing on Monday, January 24 from 4-5:30 p.m. and 7-8:30 p.m. at the Bolock Funeral Home, Rt. 940 & 390 in Cresco. The Reverend Father Joseph Kopacz will celebrate a Mass of Christian Burial on Tuesday, January 25 at 10:00 a.m. at the Church of St. Bernadette in Canadensis. Burial will be in Seese Hill Cemetery, Canadensis. Donations may be sent in her memory, if desired, to St. Francis Bread Line, 133 West 31st St, NY, NY, 10001, and St. Jude Children's Research Center, 501, St. Jude Place, Memphis, Tennessee 38105.

Virginia Hood, 84, of Buck Hill Falls, PA, passed away on Saturday, January 22. She was the wife of the late John Hood, also a long time resident of the Pocono Mountains, who passed away in 1983. Born on October 7, 1926, in Queens, NY, she was... View Obituary & Service Information

The family of Virginia Hood created this Life Tributes page to make it easy to share your memories.

Send flowers to the Hood family.