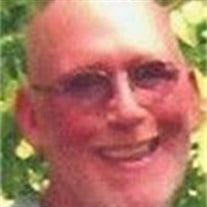 William R. "Mr. Bill" Dal Pos, 52, of Pocono Lake, died Monday, December 19 at Geisinger Wyoming Valley Medical Center in Plains. He was the husband of Paula (Rubin) Dal Pos. Born in Passaic, New Jersey, he was the son of the late Alexander and Agnes (Cattai) Dal Pos. Bill was a school bus driver for the Pocono Mountain School District for over 14 years, where he was fondly called Mr. Bill. He owned Bills Complete Lawn Care since 1988, and co-owned Value Pest Control with his brother, Bob. Bill loved Fishing and Sports, the Yankees and the Jets; but mostly his family. In addition to his wife, Paula, he is survived by two sons, William A. Dal Pos and Eric A. Dal Pos, both of Pocono Lake; three brothers, Robert Dal Pos of Pocono Lake, Dennis Dal Pos of Manhattan Beach, California, Kenneth Dal Pos of Clifton, New Jersey; and several nieces and nephews. A Blessing Service will take place at 8:00 p.m. on Friday, December 23 at the Bolock Funeral Home, routes 940 & 390 in Paradise Valley. Cremation will follow. There will be viewings on Thursday, December 22 from 2:00 to 4:00 p.m. and 7:00 to 8:30 p.m. and Friday, December 23 from 6:00 p.m. until the time of service at the funeral home. In lieu of flowers, memorial donations be made to the family's charity, the American Cancer Society, 1101 Hill Street, Jessup, Pa. 18434

The family of William Dal created this Life Tributes page to make it easy to share your memories.

Send flowers to the Dal family.